How times have changed regarding the use of wild foods in our diet, since Wild and Free:  Cooking from Nature, written by my late husband, Cyril and I was first published in 1975.  Foraging, or picking wild food as we called it then was not as popular as it has become today. Indeed it was looked upon as an eccentric exercise in those days.  Actually, when I was young, growing up in the midlands, if you were seen picking food from the hedges you would have been considered a poor family. The old inferiority complex prevailed you know - the pot of jam or jelly you bought in the shop had to be better than the one you made yourself. 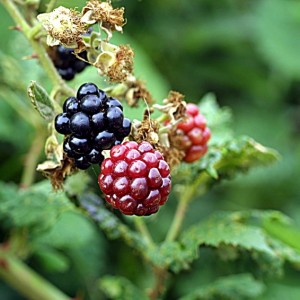 But we thought nothing of it as it was a way of life in our house at that time.  We were sent off to the bog, and ran among the purple heather in search of fraughans when they were ripe and off out again to get the crab apples, the blackberries, the damsons or whatever was in season to pick.  We loved the thrill of it all and that feeling of freedom!  The famous restaurant Noma in Copenhagen, was unheard of but is now considered to be one of the greatest eateries on the planet, and its reputation is based on the innovative use of wild ingredients, such as dandelion leaves, elderberries, wild garlic, marsh samphire and more on their menu.  This was a milestone in the foraging renaissance.  It would be difficult today to find a serious restaurant that doesn’t feature wild food on its menu.  You could say that wild food has gone mainstream. One of the reasons why Cyril and I wrote Wild and Free was that we were grieved that such a large body of information and experience was all but lost.  After all, foraging is a way of life that has been handed down from generation to generation but the wild food knowledge and skills that our not-not-so distant ancestors cherished, had all but disappeared.  The book was written for all those whose knowledge of the subject was but a vague memory of ‘what Granny used to do’.  In fact it was not only for these but written by such as these. We concentrated on the more common and easily recognisable sources of wild food, those most associated with Irish traditional use. Cyril took a non specialist view of folklore and tradition into account, so the book contains a great deal of folklore and tradition that you will not come across in other publications in this field.  As a Gaelic scholar he researched the Medieval Ossianic tales and poems for reference to wild foods:  for instance the following is from a Medieval Ossianic Tale: 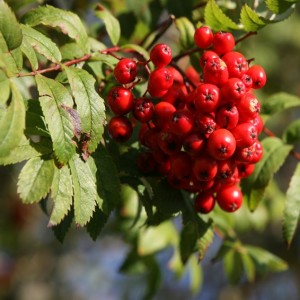 ‘What are these berries which Fionn requires asked Grainne that they cannot be obtained for him.  They are said Diarmuid those of a rowantree the People of the Goddess Dana left in the territory of O Fiachraigh and every berry that comes on that tree has great virtues:  there is the intoxication of wine and the satisfaction of old mead in each berry of them: and whosoever eats three of those berries, even if he were a hundred years old, his age would return to ten and twenty years” A great majority of our recipes were taken direct from our personal record book where they were jotted down over the years more or less as we had proceeded.  To be honest it was somewhat trial and error in the beginning.  We didn’t make a fetish out of our cooking being like the mother-in-law who explains to her new daughter that when she is baking bread she uses ‘two or three handfuls of flour and a pinch of salt’.  Of course, we kept an accurate record of the quantities used, so that as you go along you will gain more experience and arrive at the flavours and strengths which you personally prefer. Finally, the message is, enjoy the wonderful bounty that nature has given us, knowing that what you are eating is wholesome, healthy and nutritious food.  Also the renewing of contact with nature becomes an adventure and the deep-running excitement and harmony that stems from it is something we should all endeavour to experience. To buy 'Wild and Free: Cooking from Nature' please click the link. Price: €10.99 Kit Ó Cairn