Unless you live in a part of the country with a unique and unreported special climate you will have experienced a pretty disappointing summer for growing fruit and vegetables. Apart from the fact it's been raining most of the time temperatures have also remained closer to the bottom of the thermometer than the top. I don't need to tell you this has an effect on the speed and vigour of your crops but also on their texture and flavour. You wont exactly be rushing our to tend your garden in the rain either which makes the whole process of producing some of your own fresh food a little frustrating. O.K. so what's the answer? Well, you have to get a polytunnel or greenhouse.

On a poor year covered growing is really the only answer. There is a big difference between inside and outside temperatures, couple that with protection from wind and the ability to control your irrigation and you have ideal growing conditions. The other benefit you'll have is being able to start growing earlier and keep going later in the season, particularly heartening at this time of year when the season starts winding up for the winter. I'll coming back to a more in depth article about poly tunnels but for this one I'm going to cover what I'm doing in the tunnel for September. 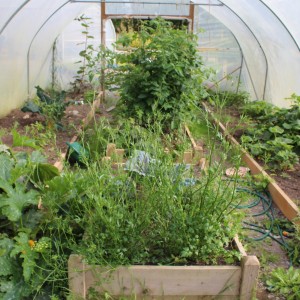 I feel a bit ashamed to tell you I have pretty much nothing in the tunnel apart from weeds and plants way past their best as you can see in the awful photo. I'm doing a major clear out and planting job this weekend which leaves us starting from scratch for any Autumn/Winter crops. We're in a bit of a rush in September to try and get growth before the cold sets in so the emphasis will be on the quick growing plants that establish fast. Salads will make up the bulk of Winter planting with oriental brassicas the star performers. Quick growing turnips will also give you a crop as well as perpetual spinach and early season carrots.

Be aware that growth will grind to a complete halt at Halloween and beyond so the idea is to try to fill the tunnel with as much growth as you can before that. If you have the room sow far more than you usually would, for example 3 perpetual spinach plants would have kept you going all summer but as the plants will be smaller and much slower growing I'd get 8-10 on the go to ensure a continuous supply of leaves. 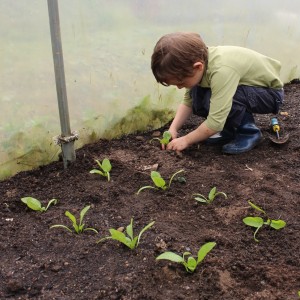 I spent a very pleasant Saturday afternoon with my children planting in a few rows of seedlings which will hopefully give us plenty of vitamin packed fresh greens over the winter. Remember when planting seedlings to push the soil in firmly around the roots to get a good seal. Avoid firming down the soil around the plant (nearly everyone does that!) as you want to keep the surface loose and crumbly to let water and air down to the roots of your baby plants.

If you want to start plants off from seed now you still have time but I'd recommend sowing in modular trays to get off to a head start. It's all about time now and seeds grown in trays will tend to germinate quicker and be less prone to slug damage. You also have the advantage of being able to pick the best plants to grow on rather than trying to nurse a bed of weaklings through the winter. Seedlings grown in modular trays are perfect to put in now and of course if you need some we have plenty in stock. I include the links to the Autumn/Winter plant trays below.

I have included more detail in the previous article 'Seedling plants for Autumn/Winter production' but will give a list of my recommended plants and varieties below: 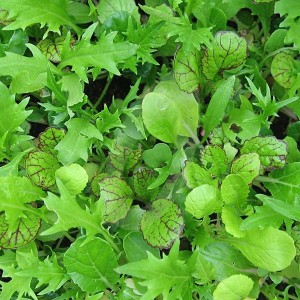 Oriental salads There's a huge range here to choose from, you'll come to love these guys with their wide range of colours, textures and flavours. Be aware that most are in the brassica family so should be included in your rotation with cabbages, kale, broccoli etc..... All will be fine sown directly into the soil in your tunnel but you can also sow some in modular trays for later use. If sowing in modular trays we recommend sowing 4-5 seeds per cell. I ignored my own advice and sowed direct as that's what the children wanted but I still have a few trays which I've done for backup!

Sowing instructions on the packs will say sow until July but this refers to optimum time to sow outdoors.

Winter Lettuce We don't feel winter lettuce is a great performer as it really grows very, very slowly and is a magnet for all kinds of pests and diseases. I'm going put my head on the line and say don't bother growing it, it's not worth the trouble. By the way, I read winter lettuce can also build up nitrates which can be harmful to children. I'm finding it difficult to picture a small child sneaking out to a frosty winter poly tunnel for a feed of lettuce but there you go, don't say you weren't warned.

Turnip Recommend sowing in modules for planting in the tunnel at the end of September. Tokyo Cross 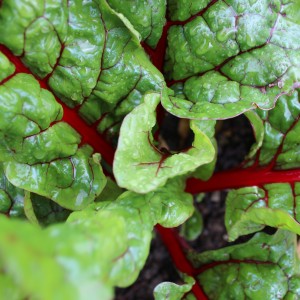 Calabrese You can take a chance on Calabrese if you've got the room and if we get a warm Autumn the plants should grow nicely until November. They will then sit until the spring when you should get a tasty early crop o 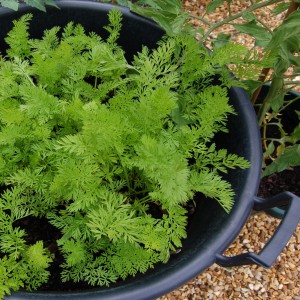 f this very nutritious vegetable well before anyone else! What do we like? Green Magic F1.

Carrots Try and early variety of carrots in pots, Amsterdam Forcing is a good one to try and should give you a pot of tasty baby carrots in the springtime. Mix sand in with your soil to give a free draining mix but make sure you keep it moist over the winter. Water regularly when the tunnel warms in the Spring.