While I do spend plenty of happy time in the garden in January there really isn't a whole lot you can do other than preparing things for the season ahead. In may cases I will be tempted to start a few jobs when I shouldn't like digging out weeds (the soil is probably too wet) or pruning fruit bushes (best done just before they bud) so I can actually do more harm than good. The January polytunnel is, however, a completely different place with a warmer environment protected from the elements and a whole load more options. 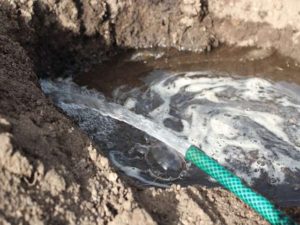 Even if you don't intend on doing anything in the tunnel until next month it is worth getting prepared by irrigating and feeding your soil as well as cleaning down the polythene. If you don't use you polytunnel year round (and I must admit I am not great in this regard) the soil can get very dry and will need deep irrigation (dig holes and fill with water) and a nutrient boost before new planting.

Cleaning your tunnel plastic will also pay dividends over the season but this is especially important in early spring where every ray of sunshine is a prisoner. I clean the outside with a car washing brush; once the grime is properly soaked it comes off pretty easily. I clean the inside with 'Citrox' natural greenhouse disinfectant to help keep down fungal diseases. You can see me preparing my tunnel last year including using my fantastic brush by clicking anywhere on the video below. 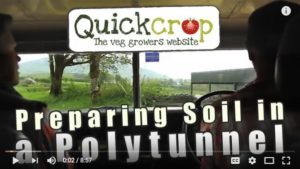 Feeding the soil We tend to pamper our polytunnel plants with liquid feeds far more than their outdoor cousins and not to treat the soil as kindly as our open plot. I feel this is a mistake as polytunnel growing is tough on the soil, it tends to be planted intensively and we grow some very demanding crops like tomatoes, cucumbers and courgettes. Give your beds a good dressing of well seasoned compost or rotted manure in January and cut down on the liquids later on, you will build a much sweeter, healthier tunnel in the long run. 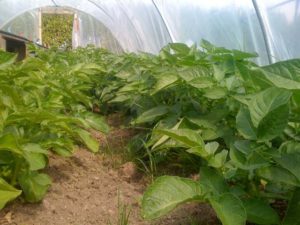 Planting early potatoes I am starting the season straight away by using half the tunnel for early potatoes so I can get a crop in late April. My reason for doing this is I will be hosting some 'Workaways' (folk who come and work for a week or two in return for accommodation and eating all your potatoes) so I need to up fodder production significantly.

I wouldn't grow potatoes indoors if you are tight on space as they will be in the way when you want to put in your tomatoes etc... but if you have room they are a fun crop to get started now. You can start chitting potatoes in early January for planting at the end of the month or plant them directly in February. Plant as normal but don't forget to give them plenty of water in their later stages of growth or you will be disappointed (it doesn't rain in the tunnel). Also remember potatoes are frost tender so if there is a hard frost forecast drape young shoots with horticultural fleece. 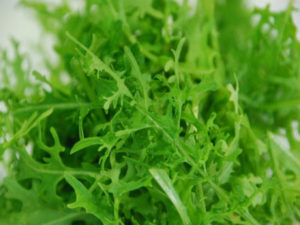 Sowing Salad Crops As you know many of the Oriental leaves like rocket, mizuna, tatsoi and mustard greens are cold tolerant and will do very well from a January sowing. You may already have some which have survived the Winter but it is a good time to replenish stocks.

Oriental salads will run to seed in the longer days of Summer so Spring and Autumn are the times to enjoy this diverse group at their best. Plants are better off started in modules either on a warm windowsill or in a propagator and planted out after 3 weeks or so. Sowing in modules also has the advantage of protecting very young plants from slugs, if they are planted out at 4 or 5 centimeters tall you will find slugs usually leave them alone. 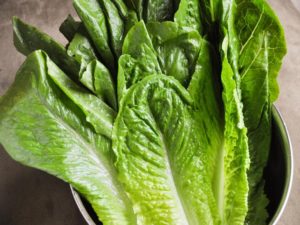 You can also grow loose leaf, butterhead or mini cos types of lettuce depending on the weather. Again, I would sow in modules but remember lettuce needs light to germinate so sow with the lightest covering of compost or no covering at all.

If you are starting seeds on a windowsill make sure to get them out soon after they have sprouted or they will get leggy from too much heat and not enough light. They will also be very attractive to slugs at this stage so protect the tray with a cloche in the tunnel. The seedlings can be planted in the soil 4 weeks after sowing. 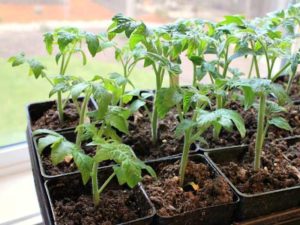 It is worth remembering that many plants will grow (slowly) at temperatures well below their germination temperature. Seeds need heat to trigger them (we are fooling them that it is Spring) but they will tough it out in cold spells provided they are protected from frost. Of course warm climate crops will not survive if planted in the tunnel but as we move into February the choice of possibilities broadens considerably.

The problem with starting warm climate crops too early is they will soon outgrow the propagator and you will have nowhere warm to put them. Plants like tomatoes or cucumbers can't be planted out in the tunnel soil until late April in most places so we can leave sowing until March. The exception here is Aubergine which needs a very long growing season but in my humble opinion the time taken to pamper these demanding and flavourless plants just isn't worth it. 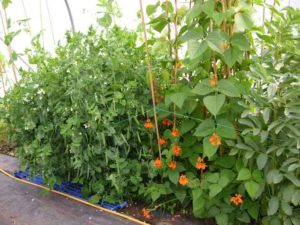 Sowing Mange Tout Peas Again this is down to available space but you can be picking peas in late April/early May from a January sowing. Peas are pretty cold hardy and will germinate at a soil temperature of about 7 degrees so can be started off either directly in the soil or in modules, I prefer modules as peas are often eaten by hungry mice at this time of year. Peas are sown 5cm apart and 4cm deep in rows are placed the same width as the height of the vine so to save space use lower a lower growing variety like 'Sweet Horizon'. 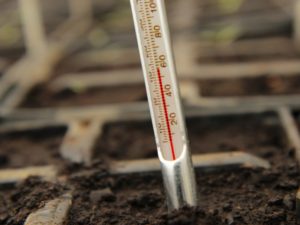 I guess this is also a good time to mention a soil thermometer as a handy piece of kit for letting you know when the tunnel is warm enough for your Spring sowing. Make sure to take readings over a few days to get an average as temperatures will be artificially high on a sunny day.

Mini Tunnels and Mainframe cloches If you are interested in early polytunnel growing and creating a double glazing effect we have a couple of solutions which you will find useful. My favourite two include our Quickcrop mini polytunnel and the Mainframe crop protection system. The reason I like them is they can also be used elsewhere in the garden once their polytunnel duties are over for various other crop protection roles. 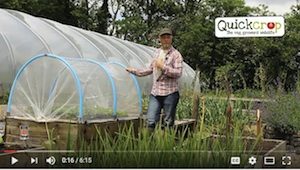 The Mini Polytunnel system is made from a timber frame, tubes, our unique connector system and your choice of cover. That's me with an outdoor one in the picture, you can see how to make one by clicking on the image and watching the video. The mini tunnel is a very sturdy structure that can be used with or without a heat mat to start off early seedlings indoors but can also be used outside later in the season for the same job.

You can use the mini tunnel again by replacing the polythene with insect mesh and using it to protect against cabbage or carrot root fly. This is the better solution of the two if you are moving the structure around a lot as once assembled it is rigid and takes a good deal of punishment. 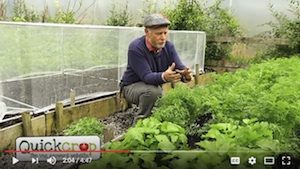 My other new darling is the mainframe system which I used for carrots last year with great success. The Mainframe features aluminium tubes (60cm, 120cm & 180cm) which slot together to form a box frame; your choice of cover can be attached using the slot on clips.

The advantage of the Mainframe is how easy it is to change covers for different uses. I will be replacing the insect mesh shown in the video with polythene now and using it in the tunnel but it goes back on carrot duty later on. I also like the fact it is square sided which gives plenty of room for my carrot foliage using the 60cm high poles. I am still harvesting carrots from this bed now by the way with no carrot fly damage. If you would like to see more you can also click the image to watch the video.

That's about it for now, I hope some of that made sense to you all. I will follow up from the tunnel in a couple of weeks when things get a bit more interesting. Thanks for reading!