Firstly, my apologies for my absence over the last couple of weeks. We have been trying to get our new website finished and it is taking forever. I am confident it will be worth it, the new design is clean, crisp and easy to use while the Quickcriop product range will also see a revamp with 100's of new products being added to the shop. This week, I would like to talk about succulent plants and flowering perennials as both give me something to do while the vegetable garden sleeps but first I thought we might start with a couple of photos of a day out I had last week and a few paragraphs of nonsense. 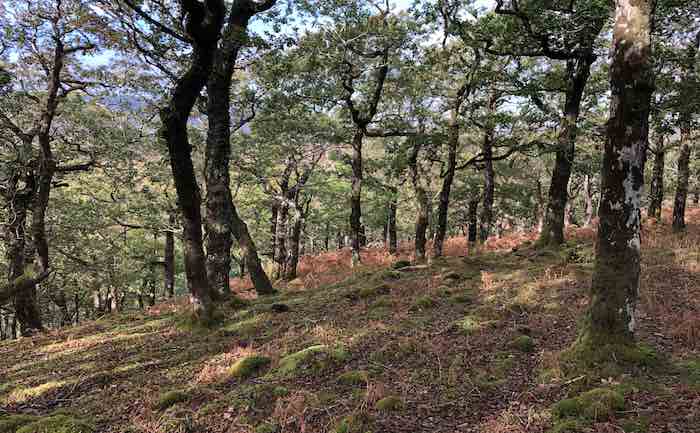 Erriff Bridge Woods As you probably know, most of Ireland was covered by trees following the last glaciation 10,000 years ago. It was said that Irish forests were so extensive that a squirrel could cross from one side of the country to the other without touching the ground, though how this was communicated so long ago and by whom remains a mystery. Sadly, after Millennia of human activity which included Neolithic farmers, Bronze age metal workers, the Vikings, the Cistercians and the Normans, much of the country's ancient forests had been cleared. By the time the Tudors turned up, there were very few significant woods left. This sorry state of affairs remains the case today with Ireland being one of the least wooded countries in Europe with only 9% of the Island covered by trees. 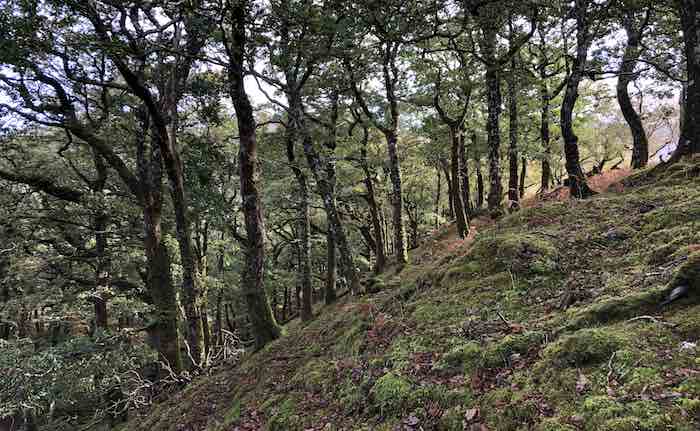 This fact makes any tree important but especially the last remnants of old growth forests of which there are a few scattered around the country. The beautiful sessile oak (the national tree of Ireland) wood in the photos is hidden in the Erriff valley in Co.Mayo on the northern foot of Maumtrasna mountain (the highest of the Partry mountains and scene of the 1882 Mauntrasna murders). Hidden isn't quite accurate because it's beside the main Westport-Leenane road, a place I have passed many, many times but never stopped for a look until last Friday. I imagine the woods are magical at any time of the year but, in late October when the canopy is thinning and the bracken has turned to bronze, it was spectacular. The terrain is steep in places with gnarled looking trees clinging to the slopes and mountain streams slicing through a surreal landscape covered in a spongy carpet of moss. Ferns, lichen and moss are everywhere including on the trees giving Erriff woods a prehistoric feel true to its origins. 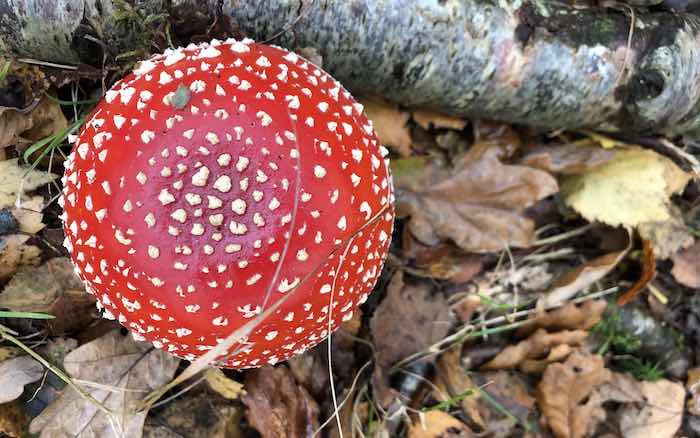 Speaking of magic, I also happened upon a number of fly agaric (magic) mushrooms which, given the fairytale surroundings, looked entirely at home. Niall is probably thinking I must have eaten a few as I am supposed to be talking about gardening rather than magical forests but, as those days are long gone for me, I left them where they were. While checking the name of the mountain on the Google machine, I came across the video above taken by a modern drone flying over this ancient wood. I would have liked to give credit to the pilot/cameraman by name but for reasons only known to himself he goes by the handle 'Taxus Baccata' (Common Yew). This allows us to finish neatly on our tree theme, if you'd like to watch the video click on the image above and it will open on YouTube or rather, YewTube. How could I resist? 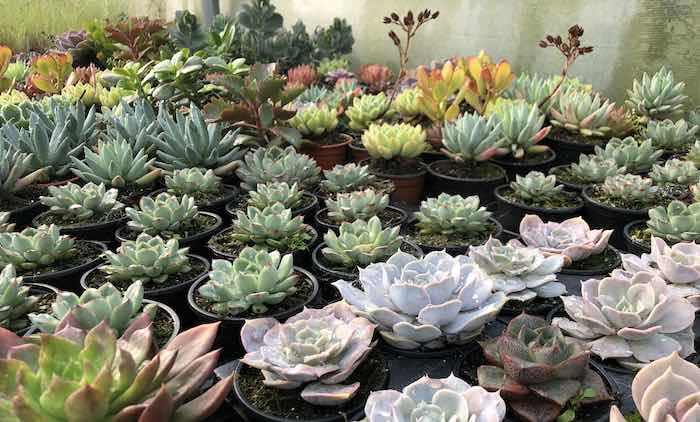 Succulent Winter Colour I was out in the nursery on Thursday with Jack, our head grower and, apart from the perennials which we will look at in a minute, I was bowled over by the colours of his succulent plants. Jack has a particular passion for these desert plants and has slowly been expanding the range of plants and building up his stock. Succulents are rewarding plants to grow at any time of the year but, due to their slow growth habit, they make ideal house plants and give us gardeners something to play with over the winter. New plants are easily created from leaf or stem cuttings; this is particularly fun as they produce miniature versions of the parent plant which can be used for novelty displays like the sardine can below before they need to be potted on to larger pots. 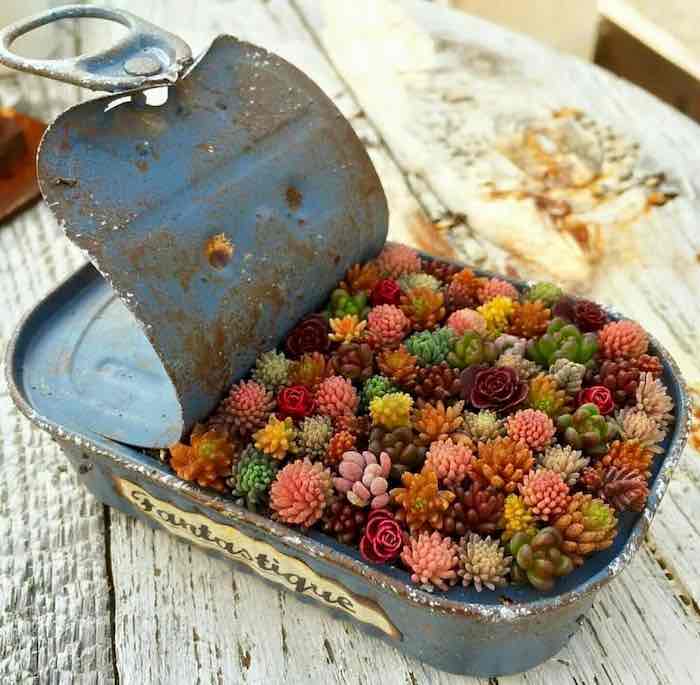 I wrote an article last year which explains the basics on succulent growing including plant care, propagation, compost mixes and pot types. Rather than writing it all out again I have include a link to the article below. If anyone would like any more information on growing and caring for succulents, let me know and I will pick Jack's brain for you. 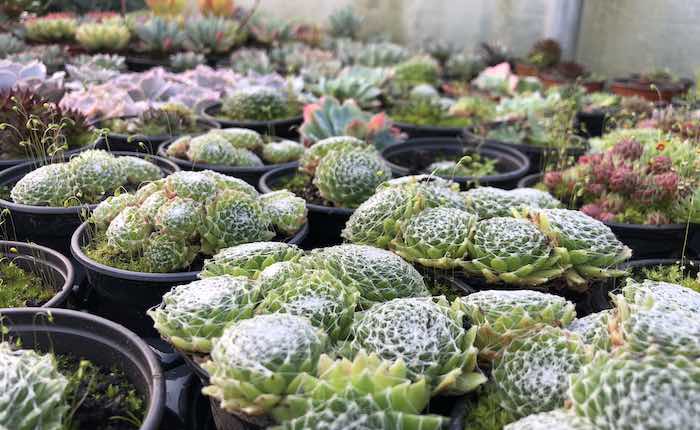 Outdoor Succulents Until now, Jack has been concentrating on soft or indoor succulents but I hadn't realised he has also been building up a range of outdoor varieties including the pretty Sempervivum cobweb (Sempervivum arachnoideum) shown above with its compact rosettes crisscrossed with fine white threads resembling a spiders web. Also known as 'hen and chicks', Sempervivums are particularly easy to propagate as they naturally produce miniature plants (chicks) from around the main plant (the hen) which are simply re-planted to become a new hen. I am a bit premature in telling you about them as we don't have them on the site yet but we will have a range of outdoor succulents available in the next 2 weeks. 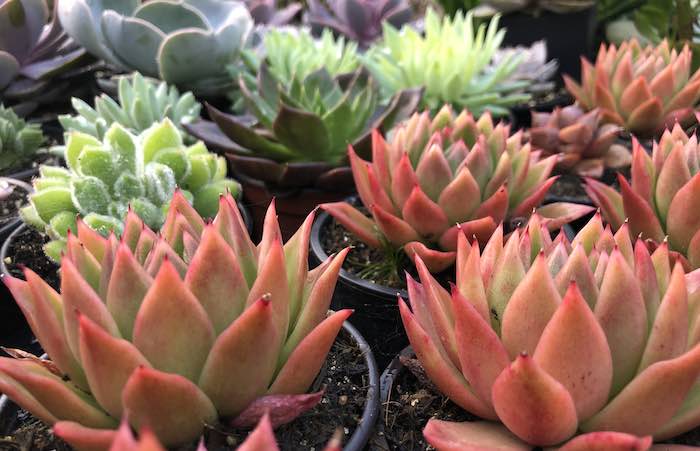 We will also be adding 3 new soft indoor succulents to our already extensive range, again they will be on the site in the next 2 weeks. Jack has also agreed to do a detailed planting and propagation tutorial which I will post here for anyone who would like more help on creating beautiful wide bowl displays. As usual, ordering your favourite succulents is easy with our 'choose your own' packs available as 6, 12 or 18 plant mixes depending on what size display you wish to make. You can view our full range of products by clicking the blue button below. 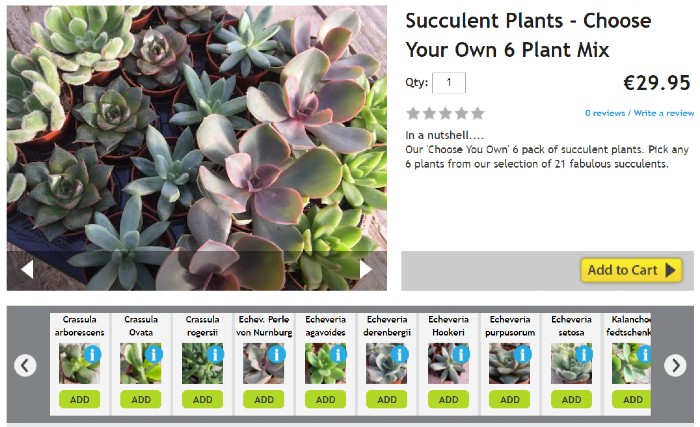 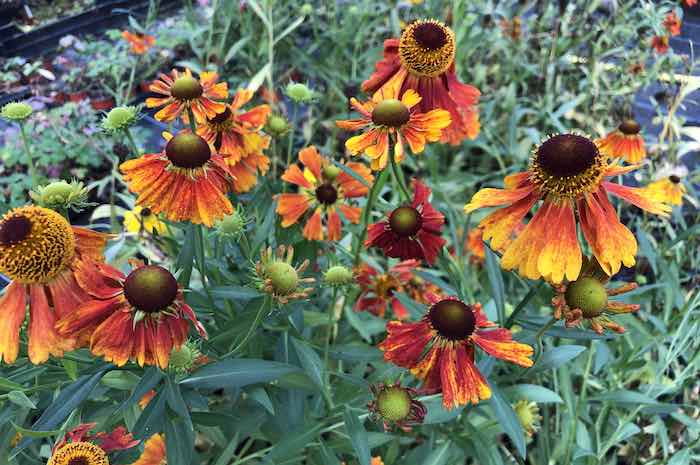 Perennials for next season The other very welcome sight on my visit to our nurseries were the last blooms of flowering perennials including Helenium 'Moorheim Beauty' above and purple Verbena bonariensis below with tangerine Crocosmia 'Emily Mc Kenzie' in the background. To be fair, blooms would be unlikely if these plants were growing outside (this is potted nursery stock in the polytunnel) but they serve as a reminder of what's possible next season. As you may know I am an advocate of Autumn perennial planting while the soil is still warm (this will give a head start in Spring) but once we move into November, the benefit of getting them in the ground is not so great. You can plant perennials up to and including December provided you have a very free draining soil (and it isn't actually freezing) but if the ground is in any way wet I would hold off or the roots may rot in the ground. I would also be cautious with plants bought online at this time of year (including from us) as stock may have been moved indoors so will not be used to cold outdoor conditions 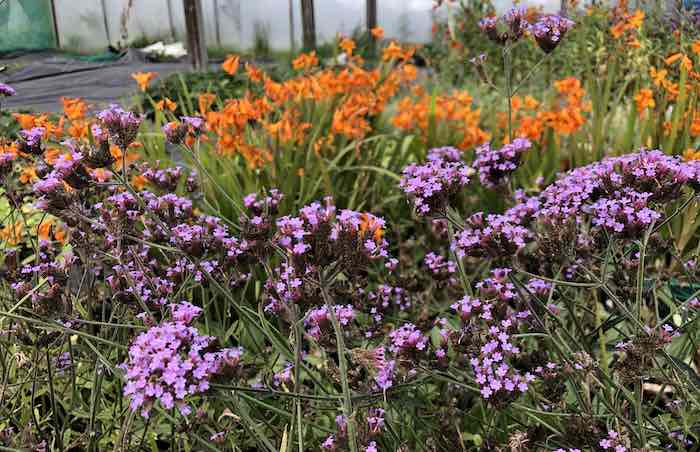 Potting on perennials If you have indoor growing space, whether a cold frame, greenhouse or polytunnel, there is an advantage in potting on perennials to larger pots now which will give you more substantial plants for putting in the ground next spring. There will be little action above ground over winter but, once your greenhouse or tunnel begins to warm in mid February, you will see a surprising amount of growth before it is warm enough to plant outside in late March or early April.

Grasses and Ferns Just a reminder that colour and shape in the garden is not all about flowers, we also stock a wide range of ferns and grasses which provide contrast with flowers in summer but also give structure and some colour in the winter. If you need any help or advice on how to plan a garden, please let me know. I am also working on a new range of planting plans which include balanced mixes of perennial flowers and grasses which I expect / hope / will try to have available before the end of the month. That's it from me today, I will see you next week! Andrew