Since I've been slow in the vegetable garden this year (which has recently turned from a wet and miserable prospect into a sun kissed paradise) I am very interested in what I can sow or plant right now. The truth is there is plenty you can do; there are a broad range of crops that are within the optimum sowing dates but there is also room for experiment with varieties traditionally sown earlier in the year. Let's assume you are presented with a blank vegetable growing canvas in the middle of June with nothing done and want to look at your options: 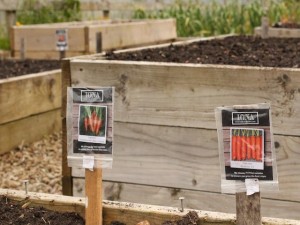 Yesterday I sowed a load of maincrop carrots which can be sown until mid Summer for most varieties and even later if you use a fast growing 'Early Nantes' types. Homegrown carrots have a much better flavour than shop bought so if you haven't any in yet do have a go now. Carrots are root crops and need to push their way down into the soil so a dense clay or stony soil is not ideal and will result in stunted or forked roots. To grow straight, well formed carrots a light sandy soil is preferable; if your soil is a problem try growing in containers or raised beds. You can see my ingenious plan above of using our seed packs as marker labels above: put the plastic cover on upside down to prevent water getting in and staple to a peg. Spacing for carrots is 25cm between rows, 4-5 cm between seeds, sow 1.5cm deep. 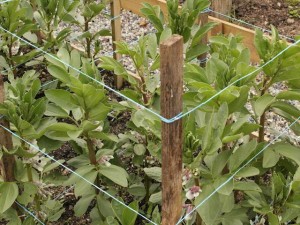 Broad beans are traditionally sown in Spring but if you have missed the boat you can still put them in up until the end of June. Later sowings will be more susceptible to 'Chocolate Spot', a fungal disease of the leaves but if you have an open airy site with good soil fertility you are likely to avoid it. I sow broad beans for an Autumn crop for the last few years and have yet to have an issue. Remember broad beans also add nitrogen to the soil so are a good follow on crop and act as a green manure as well as supplying delicious tender beans later in the year. 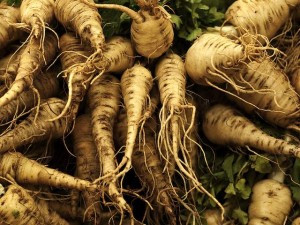 Parsnips are also usually sown much earlier in the year but I often sow them in June when I have cleared space from early potatoes and always get a successful harvest. Despite their more usual early sowing dates parsnips will germinate quickly and more evenly in the warmer soils of early Summer. Try sowing 'Javelin F1' this weekend, you'll be glad you did when Winter comes around again! 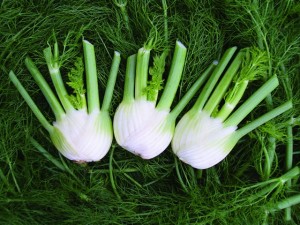 Bulb fennel Fennel bulbs are delicious roasted with baby carrots so if you're going to sow some carrot seed you might as well put in some Fennel as well. Remember there are 2 types of fennel, bulb and herb both of which have a pleasant aniseed taste. Sowing in modular trays is best for planting out later at a spacing of 35 cm between plants and 35cm between rows. If you don't get around to it we'll have plants in a couple of weeks for immediate planting. 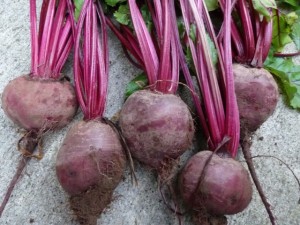 Beetroot can be sown till the end of June for maincrop beets and even later for baby beets. You can sow direct into the soil but I always find it easier in the long run to sow in modular trays as you are less likely to suffer a setback from slugs or other pests. The trick with modular sown beetroot is to thin them out to one seedling per cell as soon as the plants come up (snip them with a scissors rather than pulling them up) and don't leave them in the trays too long. I find beetroot needs a much lighter and more fertile soil than is usually mentioned in gardening books. For best results plant your seedlings out 3-4 weeks after sowing in an open free draining soil containing plenty of well rotted organic matter. Spacing is 25cm between rows and 10 cm between plants. 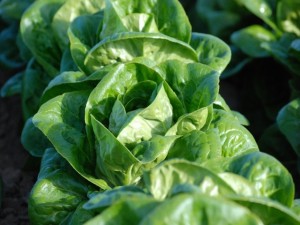 Lettuce is a relatively quick growing crop with 8-10 weeks between sowing and harvest so can be sown through July and into early August. As with beetroot sowing in modular trays and planting out 4 weeks later is best as plants are particularly vulnerable to slugs. Remember if sowing lettuce indoors in Summer high temperatures will prevent seeds from germinating. Lettuce won't germinate over 25 degrees celsius which is cool for a greenhouse on a sunny day so move tray to a cool place until the first shoots appear. 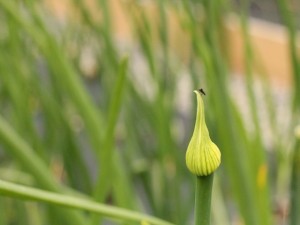 An annoying onion issue.... The photo to the left is a flower starting to form on one of my red onions which is running to seed (the fly just happened to be there and is not part of the problem). Once an onion runs to seed it will not develop any further and will put its energy into developing a flower and eventually seed. If you see flower heads beginning to form snip them off, you can still use the onion (though small) which should be harvested quickly to prevent them going woody or rotting.
Unfortunately onion sets planted in a year with a cold Spring followed by hot weather (sound familiar?) are prone to bolting, especially red varieties. Sadly there is nothing you can do once it happens but delaying sowing till April can help avoid it. 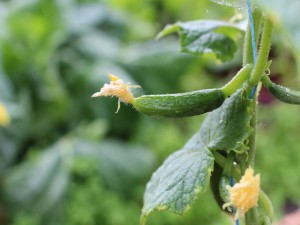 Watering Tip Just a pretty pick of a baby cucumber above. Make sure you keep those greenhouse plants like cucumbers and tomatoes consistently watered at this stage; cucumbers hate drying out while tomatoes are more likely to split later on if kept dry in the early stages of fruiting. You can cut back on watering tomatoes when the fruit is ripening (which helps improve flavour) but right now pay attention with the hose! Remember the varieties listed above are only a small selection of what you can sow now with many more possibilities open to you. You can also avail of some late planting of crops like Brussels sprouts and Summer Cabbages by ordering from out Quickcrop seedling packs.