I'm not sure what the weather is like where you are but it has been dry in the Quickcrop garden for the last week which means the soil is dry enough to work. As you probably know, digging saturated soil is not a good idea as it squeezes out the air spaces and damages the soil structure so, while winter is the time to plant bare root fruit, hedging or trees, it is best to do so in a dry spell.

As some of you might be thinking of putting in a hedge, I thought I might go through a few hedge planting tips today which I hope will be helpful. 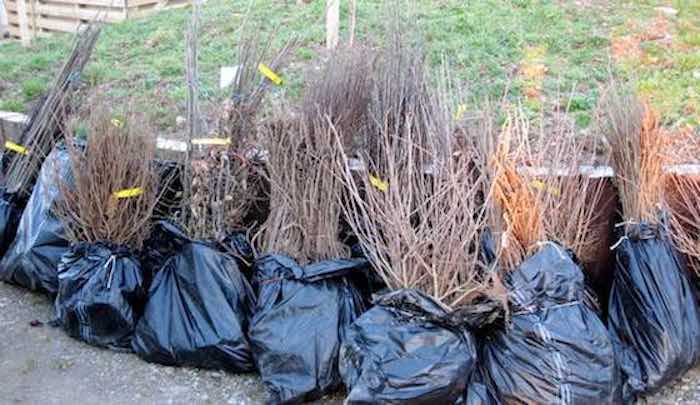 Bare root plants are supplied with no soil or compost surrounding the roots, they come in a bag rather than in a pot or plant tray. Winter is the only time when plants can be handled in this way because they are in their dormant period so aren't using their roots to find and transport water or nutrients.

It is important that roots don't dry out so it is best to plant as soon as possible after the plants arrive. If outside conditions aren't favourable, the plants can be kept in the bag for 3 or 4 days provided there is some moisture present, if not, mist with some water. If the soil is still not workable after 3 or 4 days add some compost to the bag and keep moist.

Bear in mind that a closer distance fills out quicker but a wider spacing generally results in a stronger hedge in the long run because the roots have more room. Overcrowded plants will grow tall and spindly so resist the temptation for an immediate hedge look (by close planting), it will look good in the beginning but will struggle for nutrients in the long run. 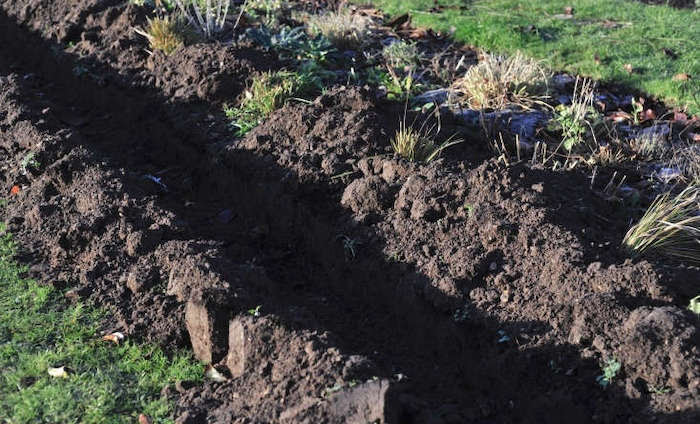 Soil preparation
As with any plant, you want a fertile and weed free soil. Dig out any deep root weeds like dandelion or dock leaves and remove any annual weeds from the soil surface. If you have a deep, fertile soil to begin with, you can dig individual planting holes but if your soil is poor, digging a trench will give better results as you can add more nutrients.

To prepare a planting trench, dig to about a spades depth and line the bottom of the trench with well rotted manure or compost before covering with a light layer of soil. Alternatively you can mix blood fish and bone through the spoil dug from the trench; blood fish and bone is a good general fertilizer but is also high in potassium so will be good for root development. The reason for mixing the feed in with the soil is it will give a broader spread and encourage the roots to grow out and away from the plant; fertilizer added to the planting hole can result in a constricted root system as the roots grow towards the small nutrient pocket. 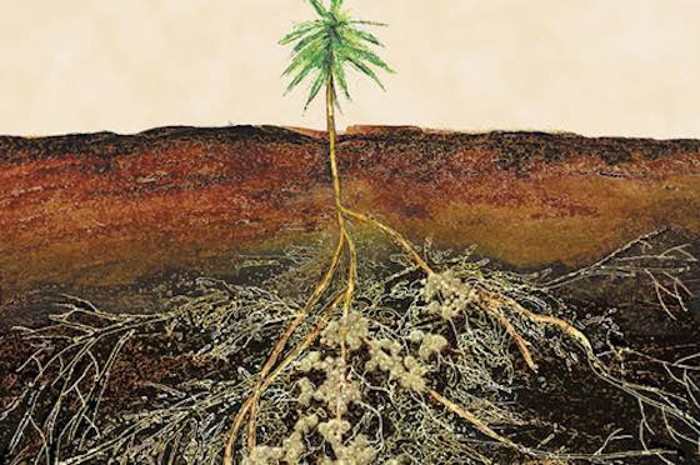 Planting
The most important thing when planting a bare root hedge is not to plant too deep, it is the most common reason for failure. The finished soil level should be at the same height that it was before the plant was dug, this is known as the 'nursery line' and can be seen as a change in colour just above the topmost roots. 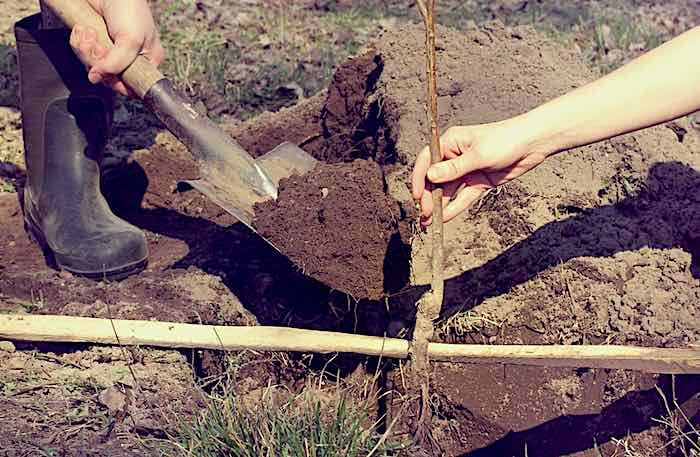 To get the nursery line at the correct height with your finished soil level, a good trick is to lay a length of timber or your spade handle across the hole to simulate the soil level. Backfill around the roots with your hand at first to give good contact with the roots and the soil, firming in as you go. Finally, firm the soil in well with the heel of your boot to ensure a firm footing, this is especially important on exposed sites. Remember that the roots you see when planting are predominantly structural roots; the new feeding roots that grow after planting are much finer and will easily break if the hedge plant rocks about in the planting hole.

Exposed sites
Speaking of exposed sites, if you are planting a hedge as a shelter belt on an exposed site remember that the shelter belt will also need shelter to help it get established. You would be amazed at the difference a windbreak mesh will make to the development of a new hedge. I learned this when I worked in landscaping years ago and was often asked to troubleshoot wimpy looking hedges; after installing a windbreak on the windy side, the hedge would take off and everyone thought I was brilliant (a rare occurrence). 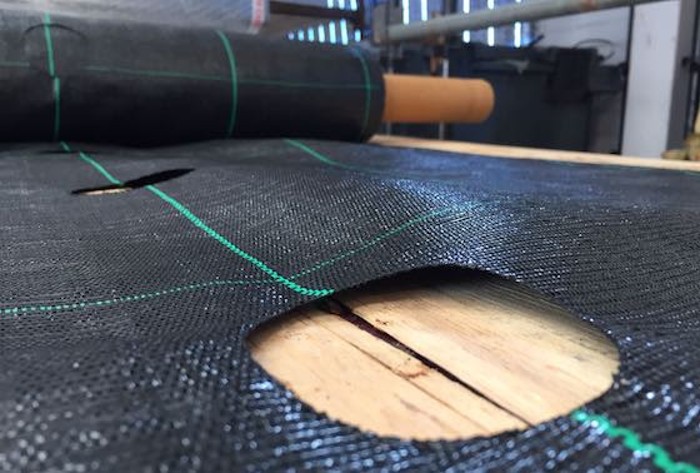 Weed Competition
The other thing that makes a big difference in establishing a new hedge is competition from weeds. As we have already said, any deep root weeds should be removed when preparing the site but keeping new weeds down with either a mulch or a weed-block sheet will also give your new hedge a boost.

If using a mulch, bark chip is good because it takes quite a long time to break down, just don't pile it up too thickly around the stems. We also have our own genius 'in house' solution in our Gro-Grid hedge planting mat which includes pre-punched holes at 320mm apart for a single row hedge. We are also working on a double row product with a wider, staggered planting pattern, watch this space as they say. 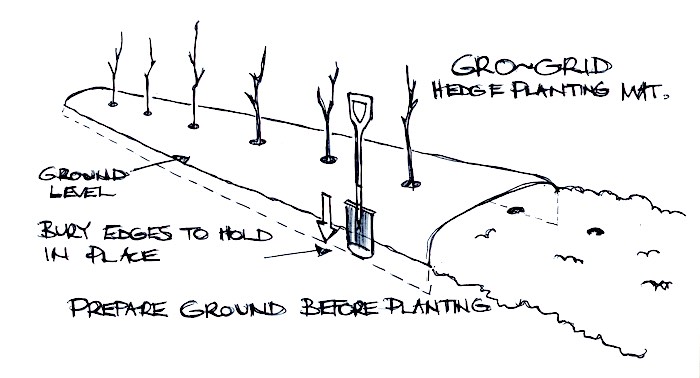 Of course, we stock bare root hedging plants and any other bits and pieces you might need to plant your own living boundary or decorative hedge. If you are thinking about it, I would be inclined to get going because it appears that the bare root season will be short this year due to an unusually warm winter. Normally bare root plants would be available until mid March but the end of February is likely to be the cut off this year, the same goes for fruit and trees.

OK, that's it for today, I hope some of that was helpful, I'll see you next week!